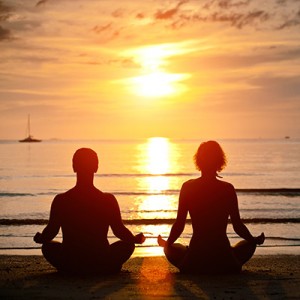 November 16, 2014 — By Dr. Ellyn L. Turer, Psy.D. — I obtained a doctorate in clinical psychology to work with individuals diagnosed with an illness or injury as well as their families to help cope with the emotional/mental ramifications of having an illness/injury or being involved with such an individual. Throughout the course of the six years it took to officially become “Dr. Turer,” the toxic effect that stress has on the human body became increasingly apparent.

In a hospital setting, it is not uncommon to receive a consult to see a patient reporting numerous physical symptoms (e.g., stomach pain, headache, difficulty sleeping, high blood pressure, etc.) for which all potential medical explanations/diagnoses have been explored.

I want to emphasize that I am in no way suggesting that the reported physical symptoms of such a patient are not real. On the contrary, these symptoms are quite real and frequently act to negatively infiltrate into every aspect of that individual’s life.

Several years ago during my residency, the chief psychologist would routinely make the following statement: “When the mind suffers, the body cries out.” This statement could not hold more truth when talking about the intricate connection between the mind and body. As such, it appears that both a direct as well as inverse relationship can exist between the two. The greater the mental/emotional burden one carries, the greater the physical/somatic burden one carries as well. In like manner, when the mind makes efforts to avoid/ignore felt emotions, the body may react through the manifestation of physical symptoms.

Studies indicate that those suffering from various painful conditions are likely to find a significant reduction in pain as well as the need for medication simply by attending just one 90-minute yoga class a week for three months. The regular practice of yoga has also been proven to decrease feelings of depression, anxiety and insomnia, improve heart health and fertility, and strengthen immune function.

*It is of great importance to get clearance from your primary care physician prior to engaging in the above-noted exercise.

Of course, yoga is not for everyone! As such, here are several additional effective mind-body healing techniques:

(1) Listen to relaxing/slow tempo music. Researchers suggest that tuning into approximately 30 minutes of classical music may serve to evoke soothing and relaxing effects equivalent to taking an anxiolytic/antianxiety agent.

(2) Write for approximately 10 minutes each day about stressful events and the feelings they elicit. You will be amazed at the cathartic effects of putting your thoughts and emotions onto paper.

(3) As mentioned in my April article on stress reduction…Don’t forget to breathe!